How do you keep an animal healthy and happy? You feed it what it would naturally eat in the wild, and keep it’s habitat as natural as possible. This rule will always hold true. Animals thrive in their natural habitat, for the most part free of disease, obesity and age realted disorders. The few instances of cancers that do exist in the wild are only recent develpoments, and are likely related to modern factors including climate change industrialization, and re-introduction of previously captive species.

Are you eating monkey biscuits?

North American zoo gorillas were dying of heart disease, until the zoos got smart and stopped feeding them gorilla biscuits! The biscuits were formulated to be nutrient and vitamin rich, but were also starchy and full of calories. Gorillas are primarily herbivorous, eating the leaves and stems of herbs, shrubs, and vines. In some areas, they raid farms, eating and trampling crops. They also will eat rotten wood and small animals.

Captive gorillas can be compared with westernized humans; they are both displaced from their natural diet and lifestyle and are thus at risk for specific diseases. 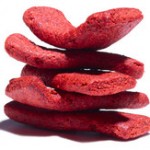 Now what about us, Homo Sapiens? We are genetically identical to our Paleolithic ancestors, who lived vastly free of obesity and modern disease for hundreds of thousands of years. Their lifespans were similar to ours. They also grew taller and stronger.

We have only been “getting by” on modern foods for a blink-of-an-eye in terms of our evolutionary timeframe.

It’s extremely difficult to identify the ideal diet for wild Human beings. One thing is for sure, it varied widely between plant based and animal based, and almost always included animal foods. It most certainly did not include mass amounts of grains and processed foods, and we thrived. That is why we are here today to write about it in blogs! Here is a number of interesting articles about diet from anthropological blogger, John Hawks.

From Humans are predators:

A predator is an animal that kills and eats other animals. Any hunter is by definition a predator.

That does not preclude other means of subsistence or other trophic relationships with different species. Humans were predators from at least 2.5 million years ago

As more information comes to light, we continue to see modern science and common sense overturning what we thought was unhealthy vs. healthy. Based on certain nutrient-needs alone, it becomes clear that eating animals and saturated fat is not unhealthy, and in fact promotes total health.

Case in point. Humans need vitamin B12, which comes almost exclusively from ANIMALS! Vegans have to supplement B12, and even then, bioavailability of supplements is incomplete. You also have to consider the risks involved with taking large amounts of man-made supplements. The only way to maximally absorb and utilize vitamin B12 is by consuming animals.

We are also far less capable of utilizing the forms of iron and zinc found in plants. Evidence shows that early Human diets may have also included plently of cholesterol.

So, here is where common sense comes in. We evolved to be a resilient, smart, big-brained, healthy species. Our nutrient needs are well defined: amino-acids, fatty-acids, vitamins, minerals (the only things that are actually required by our bodies). There are certain things that are abundant and available in animals, things that we need to survive. These are the things we would find in our natural habitat. These are the foods we evolved to eat and be healthy, and our needs have not changed.

Those things that are found in your natural habitat are not bad for you. They are there for a reason.

Reading too many studies and reports causes confusion, and takes our attention away from the simple truths of nature. When it comes right down to it, no scientific “evidence” should ever determine what you eat or how you live. These things should be based on common sense. Whether we believe it or not, we are still animals, designed to move, play, live and eat like animals. Civilization can not change that fact. It’s a rule of nature. (Try to think of ANY wild animal that suffers the same problems we do. Can’t do it? That’s because they don’t listen to the USDA!) Saturated fat is natural, animals are good for you, cholesterol is good for you and necessary. Eat natural, non processed foods that would be abundant and available in the wild. Stay away from man-made oils, sugar, grains, and other food-like substances that would not have been widely available to wild Human Beings. DON’T EAT GODDAMN MONKEY BISCUITS, OK??!!!

Think of yourself as a captive animal, waiting to be free from the confines of the Standard American Diet (SAD). Free yourself from the cloud of media-medical professional confusion. Realize your true potential. Lift heavy shit. Eat powerful food. Play and make love. Live and move and eat like the animal you are!

1 thought on “Eat Animals For Optimal Health. Not Monkey Biscuits!”

Tell me what you think Cancel reply